I’m anxiously awaiting the smoking connection - someone drawing the line between the mysterious “Bad BIOS” discovery by @dragosr and the new revelation that the NSA has our computers talking to one another with software-defined radios (SDR).

What is an SDR, you ask? Imagine installing a tiny program or app on your computer (i.e.: iphone, ipad, android, iOS, Windows, linux, etc) and being able to get KWTF (or your local radio fave) on the computer speakers. That’s an SDR. But there’s more:

Imagine (for this exercise) that KWTF suddenly sounded like an old telephone modem - packed with DATA and COMMANDS. Imagine your computer could listen & talk back… because why shouldn’t it be able to TRANSMIT too? So, YOUR computer is a magic radio transceiver…. that can communicate with other computers in the building - imagine them all in a radio daisy-chain.

That computer that does some important singular task in the corner? The one at the office that does that really important processing? The one that is SO important you wouldn’t dare plug it into the internet for fear that it might be infected, compromised, or hacked?

“But my computer doesn’t have an antenna!” you exclaim, exasperated.

Right… See, that’s what the power LED in your monitor is for. It’s an antenna, too! Magic!

Not kidding. This is the state of nefarious technology today. Nonfiction. Right Now. #

What’s it mean to YOU? A lot, actually. More than I can possibly grok at this late hour - but you need to start thinking about this. Here’s a primer as to why:

The NSA began using SDR to infiltrate systems in 2008. It’s 2014. Can you imagine a scenario where the capability is in the hands of the bad guys? If it’s not, it will be, and very soon.

There exists no mainstream methodology or capability to test for radio compromised systems. It hasn’t been invented or brought to market yet.

“Demonstration video of Intel x86 CPUs communicating using software defined radio program (SDR) that uses printed circuit board trace to an LED as the antenna. So a software program is sending a radio signal to another computer receiving it in software, with no hardware.” 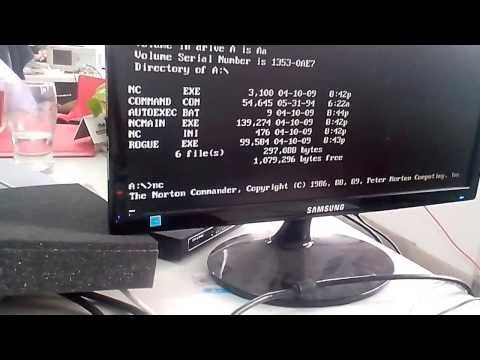